Posted at 11:59h in Conversations with Your Home, Feng Shui by Carole Hyder 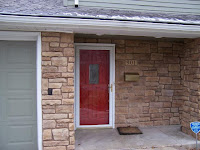 My experience as a Feng Shui consultant has opened my eyes and ears to the nuanced messages a house may provide. Although we are typically known for aligning a space to fit with a person’s needs and goals, I’ve learned that a space can have its own agenda and we just don’t hear it. My house like to entertain. It likes to entertain more than I do actually. It’s not that we’re at odds with one another but sometimes something will happen when I realize the house would just simply like to have more activity in its life. This became apparent last weekend.

I rarely teach at my home anymore. Years ago I used to, but found it better for me if I did my teaching in another facility. Last weekend, however, I had a small group of students who needed to take one class in order to qualify for another coming up in May. So rather than incur the expense of renting my usual place, I invited them to my house. As soon as I did that, I became uneasy. I was concerned there wouldn’t be enough room for them, they wouldn’t have tables to write on, the cats would interfere, I’d need to make the house Feng Shui-perfect. I should have trusted my house more.

When we bought our home, we knew full well that the previous owner, and a dear friend, had hosted tons of gatherings in this house. Sometimes she’d have people here for days and days. Sometimes other people lived with her in the house as well. There was coming and going on a continual basis. In fact, after we bought it, three people showed up to turn in keys to the front door! It had indeed become a community center.

For the first few years we lived here, my step-son also lived with us which provided a fair amount of activity, some of it good and some not so good. But for the most part the number of times the front door opened and closed fell substantially after we took ownership. Being more of an introvert, I was happy for that. I felt the house, too, had moved into a more quiet and yin phase. We have found a rhythm with one another that is comfortable and secure.

Then, every once in a while, something happens that makes me realize the house remembers times past. Maybe it even misses those days, for it seems to eagerly open its arms wide and embrace anyone who comes through the door. Surprisingly, it expanded to welcome in nearly 100 people for an event a few years ago. They were all comfortable and had a great time, and remarked endlessly about how they loved the house. Likewise, it cozies up to four or five, as it did last weekend. The students who were here were very generous with their praises for the house. They, too, felt comfortable, felt “at home,” the cats behaved. It was a flawless experience for all, including me.

My house entertains with fearless confidence and flair. It is less concerned about appearances than I am, instead surrounding people with its innate ability to comfort and nourish. I’m sure it has never forgotten those early glory days when it was host to many visitors and provided a backdrop for countless experiences. I need to worry less about the details and my own sense of privacy and provide my house with more opportunities to rise to the occasion and shine.