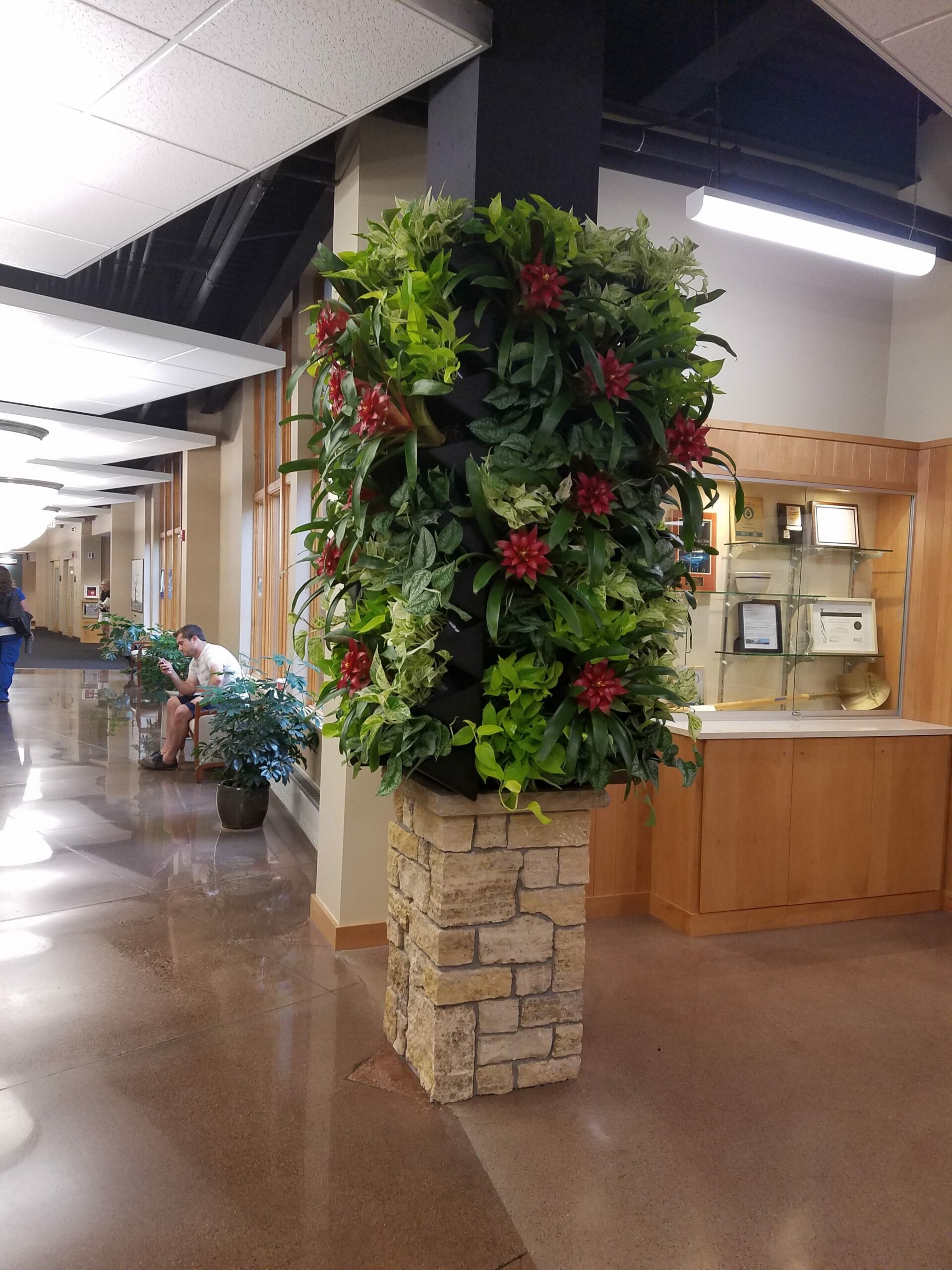 Posted at 16:15h in Corporate Environments, Integrative Spaces, Medical by Carole Hyder
Acclaimed architect Christopher Alexander spent 27 years of his life writing a 4-volume masterpiece called The Nature of Order. This seminal work combines the scientific and mechanical perspective of the architect with a perspective based on beauty, grace, and balance with the perspective of our own intuitions.
In other words, he takes the geometrical view of space and connects it to our personal experiences as sentient and aware beings. Alexander concludes that every building must have an underpinning of a spiritual, emotional and personal basis. In effect, he unites matter and consciousness.
This is what I would call a truly Integrative Space.® 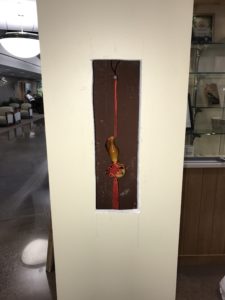 I was involved in a hospital project where Integrative Space was the basis of all architectural and design decisions, big or small. Whether a remodeling project, a new building on campus, or color selections, they all ran through the parameters of what an Integrative Space would require.
One project involved the discussion of a misplaced pillar. It was misplaced not because it didn’t do what it was supposed to do, but because it impeded the flow of traffic. It felt “in the way.”
Discussions began about painting it a different color or hand-painting a graphic on the sides or using it as a directional signage post. We knew to remove it was not an option.
From an Integrative Space perspective, we wanted to move it from being a practical feature that looked unremarkable, to something that had an impact. 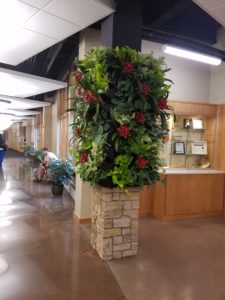 In the end, the pillar became a living wall. The plant colors, their shape, the base of the pillar were all based on the 5 Chinese Elements which, in itself, was an intentional action. However, to enhance that further, a traditional Chinese medicine gourd (with healing seeds inside) was hung INSIDE the pillar. Yes, never to be seen. Yet the intentional fervor around timing its installation, who would be there, and what it means gave that pillar what Christopher Alexander would call consciousness. The pillar ended up being remarkable both inside and out.A small thing? Hardly. A conscious and intentional action? Definitely.