Posted at 20:47h in Feng Shui, Story of Ned by Carole Hyder

This is the third in a four-part series of my introduction and work with a man named “Ned.” He called me to come to his house without much prior knowledge about Feng Shui, energy or intention. He only knew he was desperate. A painful divorce three to four years ago, a hasty move from the town he had been living in, and a duplex that seemed to endlessly annoy him, here was a man who only knew that he needed someone to shift him out of the box he found himself locked in. 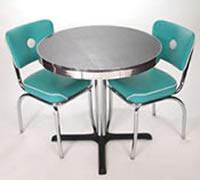 As I was driving to “Ned’s” house for the third time, I couldn’t help thinking how different this appointment was playing out from all of the others I do. Typically I spend a couple of hours with a client, help them prioritize the suggestions I’ve made, and then leave. Sometimes I get a phone call from the client, describing some “coincidence” that happened after doing a Feng Shui adjustment. Unless there’s been a dramatic life-style change, I seldom make a return visit.

With “Ned” however it was different. Without words, he made it quite obvious that he needed to incorpoasrate changes slowly, steadily and in small steps. He also liked that someone w monitoring his progress. I was anticipating the changes he might have made after our last visit together. I was curious as to what he did with regard to his stove and his kitchen table, the latter being piled with clutter and the former in question as to its being usable.

“Ned” greeted me with anything but a pleased look on his face. I feared he might have gone into overload and become discouraged and disgusted with the whole process. He explained that his frustration was directed toward the stove which had become more of a project than either one of us had anticipated. In trying to fix one of the burners himself, “Ned” had disconnected the stove and pulled it out into the middle of the kitchen. He realized it wasn’t something he could fix on his own. The stove had been sitting there for over a week waiting for a repairman to get there, making it impossible to get around in the kitchen. “Ned” seemed disappointed that he hadn’t accomplished everything we had talked about. We discussed the significance of getting to the bottom of a situation that hadn’t been right since he had moved in. He knew he would feel good to get that part of his life in order.

As I turned around to check out what else he might have shifted in his space, I saw a spotless round table with four matching chairs placed neatly around it. He seemed quite satisfied with himself and found it funny that I was so surprised—-shocked might be a better word. The huge table he had piled full of clutter actually folded down to a round one once all the leaves were removed. Somewhere he had unearthed a tablecloth (nevermind the cigarette burn) and had graciously set out two bottles of spring water and a package of Oreos. I dare say I was probably his first “dinner” guest.

While enjoying the Oreos, “Ned” admitted quite sincerely that he had never slept as well as he had in his new bedroom. He had placed a little plant by the window and enjoyed the element it added to the space. It seemed so peaceful in his place that afternoon, despite the still present stacks of things that were scattered around. When I commented on this, he told me his noisy tenants had mysteriously agreed to move out without any further trouble. His new tenants were a couple who worked all day and were very quiet in the evening. He was understandably delighted at this change, and conjectured that maybe the crystal he hung in the center of his house might have created some kind of field that evicted the offensive tenant. He started to chuckle at the thought of that idea and then stopped, realizing it might actually be true.

“Ned” and I looked around at the rest of his space. His next concern was the front bedroom where he used to sleep. He had decided to make it into an office for himself although his job at the manufacturing plant would probably never require him to have need for an office. He had already begun building book shelves along one side of the room. He got excited about putting his computer in there, some books and a desk. We talked about the position of the desk and, like his bed, I suggested it be situated so that when he was sitting at his desk he would be able to see the entry door to the room. This would require that the desk be out in the middle of the room, which didn’t seem like a practical idea to “Ned.” I also recommended that he curb some of his enthusiasm for building the book shelves to the ceiling. By lowering the height of the shelves, he wouldn’t feel so overwhelmed when he was in his office.

The bookcases would, in the end, be a significant tool for “Ned.” It would enable him to sort through his books and old magazines and to make some decisions. Despite his excitement about having plenty of book shelves, I suggested he build one less than he thought he would need. That way, he would be forced to consider more seriously which books he was keeping and which ones he could release. He might think twice about keeping some books if it required that he build another shelf. Less is more.

Like the bedroom, we discovered that there were beautiful hardwood floors under a rag of a carpet. “Ned” had decided on a soft coral color for the walls and together we decided a small strip of track lighting would work for his needs. I could tell he wanted me to leave so he could get started on this room.

Although I wasn’t sure why, I agreed to go back one final time within a few weeks. He was insistent that I’d want to see this beautiful new office when he was done. As I drove back home, I thought that maybe I’d cancel our appointment together since this was such a long drive, and instead chat with “Ned”on the phone to see how he was doing. After a week or so, I decided to keep our appointment. I had to admit I was anxious to see how his office was shaping up. Besides he might have some of those Oreos left.