Posted at 19:24h in Clutter and De-cluttering, Feng Shui by Carole Hyder 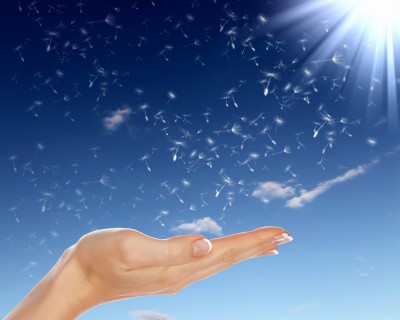 I’ve been talking through an issue with a client who is trying to get rid of a ton of stuff in her basement. She’s preparing for a move, but is concerned about all the boxes and bags of things she’s got stored down there. She had already re-scheduled her move twice because she couldn’t make decisions about the items that owned her. It seemed to me like a no-brainer to get rid of the stuff, but unfortunately not so. I’ve been explaining to her that in Feng Shui, she wants to surround herself with items that she not only needs and appreciates but that she can access when she wants it. She gets that, but her concern is that she’ll regret that she didn’t move something because she anticipates she’ll need it at some point. Nevermind that some of this stuff has been packed away for years.

This conversation has been cycling around and around between us until I hit on some analogies recently that seemed to take hold. One day as my husband and I were driving through an area we frequently pass by, we noticed that a new apartment building was being constructed. Neither one of us could remember what had been there before the new building, despite the fact that this new construction was only about six months old. Clearly what had been there was no longer relevant.

We’ve had a record-breaking winter here in Minnesota—-piles and piles of snow and deep-freeze temperatures. I found some photos I took of our front walk when the snow was at its highest. I had forgotten just how dramatic the landscape was a couple months ago. I didn’t think I would ever forget that, but obviously many of the specifics had escaped. It was no longer important as we are now moving into spring.

Recently I found a photo taken about 15 years ago of me and a friend of mine when we were at a workshop together. I looked at what I was wearing and remembered how much I loved that outfit. The fit of the jacket, the length of the skirt, the color—-it was a flattering statement. I had forgotten about it but at the time I’m sure I figured I’d never forget, let alone release, such a lovely outfit. But I did.

My point is that we forget about things. We may think that without that particular thing/outfit/book/pair of shoes/etc. our lives will just not function as well. But once they’re gone, once they’re out of our lives, we forget about them. Some people would call thisbeing in the “now” and not holding on to the past. Reflecting back has its advantages of course, but not to the point of never releasing the souvenirs of the past. In fact, it’s only by releasing these things that we can move forward.

So it was with my client. She was trying to move, but her stuff was keeping her stuck, convinced that her life would not be able to function unless she kept this stuff—-which she really didn’t want anyway. Her first release was the most painful—-she gave some old blankets to a shelter. As she told the story, all the way there she was arguing with herself about what she would do when she would need these blankets and she didn’t have them—-how she’d regret that she’d given them away. She was close to turning around and bringing them back home, until she got to the shelter. It was obvious these blankets were going to be used daily and not left in a box in the basement in her new place. Furthermore, she actually felt good about giving something she owned to a place who was grateful for her generosity. Once she got back home, she’d all but forgotten about those blankets. She’d moved on—as she should. The next step in releasing things was easier and easier until she could move forward, literally as well as emotionally, to her new life.

Are any of your things holding you back? It may be time to do a little spring house-cleaning to enable you to move forward. It’s good Feng Shui and you’ll appreciate the freedom it gives you enabling you to take your own steps into a new adventure!